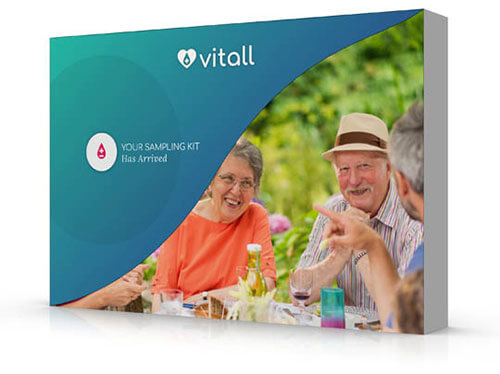 Deltacron Covid -19 Variant in UK. What did Experts Say?

It is 3589 kilometers travel from Cyprus to the United Kingdom.

Travel by Air, Approximately 7 Hours and 47 minutes, by road means, if you drive at a constant speed of 50 kilometers per hour, you will arrive in the UK in 107.23 hours.

Just for your information, by the way, (just wanted to see your smile) whether the delta-cron new combination of Delta virus and Omicron (Deltacron) traveled from Cyprus by air or by road we are not sure.

And we are also not sure that like emerged in Cyprus this virus may emerge in the UK. The unclear situation.

What is Deltacron Covid-19 Virus Variant?

The latest variant, a hybrid of two highly infectious strains, is now being tracked by the UK Health Security Agency, but it is still unclear how Deltacron entered into the country.

Why does Deltacron make us worry? Delta and Omicron are both variants which are dominated the world and most people died during the wave of these variants.

What do we know about Deltacron So far? (Before Emerged in the UK).

Deltacron is not a newly emerged variant, A Deltacron variant was identified late last year by a researcher in Cyprus. Leonidos Kostrikis, a researcher at the University of Cyprus, said that his team discovered 25 Deltacron cases. The super-mutant virus, known scientifically as BA.1 + B.1.617.2.

On January 7, 2022, the sequences of the 25 Deltacron cases were reported to GISAID, an international database that records virus mutations.

The hybrid strain, according to Kostrikis, includes Omicron-like genetic signatures inside the Delta genome.

However, his discovery was met with strong disbelief, with several notable journals dismissing Deltacron as a “lab error.”

Deltacron “seems to be pretty plainly contaminated,” according to Thomas Peacock, a research associate at Imperial College London’s Barclay Laboratory, which specializes in coronavirus research.

However, Kostrikis defended his statement, saying that the new strain is a combination of Delta and Omicron strains and spreads quicker than both. The Cyprus researcher stated in an email message to Bloomberg that the cases he has discovered.

And, Dr. Krutika Kuppalli, a World Health Organization communicable diseases expert, claims that the Deltacron is “not real” and was most likely contaminated in the lab.

Since its initial emergence in late 2019, the SARS-COV-2 virus has undergone multiple variations.

According to the World Health Organization (WHO), The Omicron strain, which is currently the dominant strain in many nations, including the USA, has around 30 mutations in its spike protein which allows the strain to spread rapidly.

What did UKHSA & Experts Say?

The super-mutant Deltacron is thought to have emerged in a patient who contracted both types simultaneously. This was reported last week by UKHSA.

According to a UKHSA source, officials are ‘not concerned about the variation because case numbers are ‘minimal.’

The number of times it has been spotted has not been disclosed by the agency.

The two variations have been classified as ‘signals currently under monitoring and investigation’ by the United Kingdom Health Security Agency (UKHSA).

The new Deltacron variations are a clear indicator of recombination, implying that genetic material exchanged between Delta and Omicron resulted in the new variants.

According to British media sources, the UKHSA is now tracking the strain, and more information regarding Deltacron is still unknown.

Professor Paul Hunter of the University of East Anglia, an infectious disease expert, told MailOnline that, the UK has high levels of protection to the original Delta and Omicron strains, they shouldn’t represent too much of a concern.

‘So, for the time being, I’m not concerned. If Delta and Omicron are both falling, then this [variant] should struggle to take off,’ he said.

‘We monitor everything as a matter of course,’ a UKHSA source told MailOnline, ‘but we are not especially concerned by this variant.’

‘It’s on that list simply because we’re looking at it right now.’

However, Professor Francois Balloux, a geneticist at University College London, told MailOnline that this was unlikely until everyone had been vaccinated or infected.

‘Some variants will be intrinsically more severe than others, but if everyone has been vaccinated and/or infected multiple times, no variant can take us to the levels of covid hospitalization and mortality we saw during the pandemic,’ he said.

UKHSA Recently published two big studies, one is about Vaccines, the new research backs up the effectiveness of COVID-19 vaccinations.

The latest SIREN (SARS-CoV-2 Immunity and Reinfection Evaluation ) trial findings give new information about the effectiveness of vaccines in avoiding illness, especially in those who have already been infected with coronavirus (COVID-19).

The study found that Two doses of the BNT162b2 vaccination provided excellent short-term protection against SARS-CoV-2 infection; however, this protection waned significantly after 6 months.

This article was published on February 16, 2022, at NEJM.org.(New England Journal of Medicine).

Another Study about Long Covid, “The effectiveness of vaccination against long COVID, A rapid evidence briefing”,

According to a new UKHSA review, those who have received one or more doses of a coronavirus (COVID-19) vaccine are less likely to acquire long COVID than those who have not been vaccinated.

Should we be worried about the new Deltacron variant?

Absolutely No. Mutations are common in Sars-coV-2 Viruses, we have already fought against Delta with 7 mutations, and now most of the countries fight with Omicron with 32 mutations, including the USA.

As infections are falling since last week in the USA, relaxations for mask-wearing has already been imposed in many states.

Expecting more relaxations will be announced by CDC in the coming weeks.

Get vaccinated, if you are eligible get your booster shot. Follow CDC’s other safety guidelines, to prevent yourself and your family from Sars-coV-2 Viruses.

Strengthen Your Immune System With Our Apocynin Supplements!