Deltacron Variant Emerged in the USA. What do we know so far? 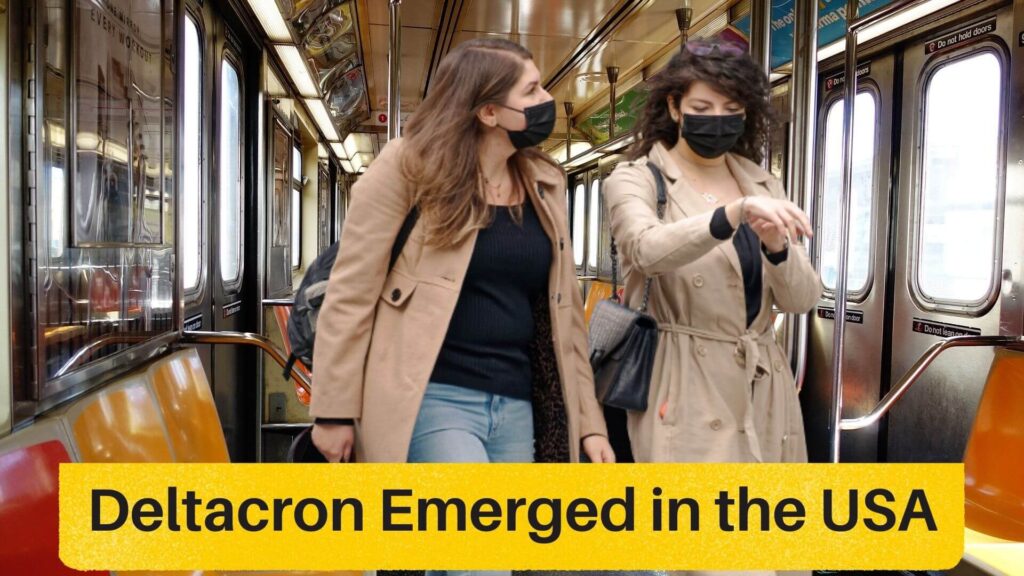 It is not that experts previously called, this variant a “Lab contamination”.

According to a new study published under the name, “Culture and identification of a “Deltamicron” SARS-CoV-2 in a three cases cluster in southern France ” on medRxiv on Tuesday, the new variant, dubbed “deltacron,” combines the spike protein of the omicron variant with the “body” of the delta variant.

There are just a few reported cases, it is too early to say for sure whether Deltacron infections will be highly transmissible or cause severe disease, According to Philippe Colson of IHU Mediterranee Infection in Marseille, France, lead author of a report, the report is ahead of peer review.

What is a recombinant Sars-cov-2 Virus?

“During the SARS-CoV-2 pandemic, two or more variants have co-circulated during same periods and in same geographical areas… This created opportunities for recombination between these two variants,” said Colson.

Deltacron – combines the spike protein of the omicron variant with the “body” of the delta variant.

Deltacron first emerged in Cyprus in January 2022, variant was nick-named “Deltacron” by Leondios Kostrikis, a professor of biological sciences at The University of Cyprus, Cyprus is a small island country in the eastern Mediterranean Sea.

The variant contains ten mutations from Omicron-like genetic signatures within Delta genomes, according to the study, Kostrikis and his team have discovered 25 cases of the deltacron virus in Jan 2022.

But other experts do not accept the Cyprus experts report at that time, Dr. Tom Peacock, an Imperial College virologist, said “very clearly contaminated”, Dr. Krutika Kuppalli, a communicable disease expert at the World Health Organization, said, Deltacron is “not real” and was most likely contaminated in the lab. Cypriot scientist Kostrikis defended his claim.

In an email to Bloomberg, he mentioned that the cases he has seen “suggest an evolutionary pressure to an ancestral strain to acquire these mutations rather than a single recombination event.”

Deltacron was emerged in the United Kingdom, last month. The super-mutant Deltacron is thought to have emerged in a patient who contracted both types simultaneously.

According to a UKHSA source, officials are ‘not concerned about the variation because case numbers are ‘minimal.’

The number of times it has been spotted has not been disclosed by the agency during that time.

Professor Paul Hunter, an infectious disease expert at the University of East Anglia, told MailOnline that because the UK has high levels of immunity to the original Delta and Omicron strains, they shouldn’t be a major concern.

‘As a result, I’m not concerned for the time being. If Delta and Omicron are both falling, this [variant] should have a hard time taking off,’ he said last month.

According to the World Health Organization, the new COVID-19 combination has been detected in France, the Netherlands, and Denmark. WHO has not given a name to the Delta+Omicron variant, it’s been called Deltacron because the Cyprus scientist Kostrikis dubbed this name, everyone keeps saying this name for the variant.

Deltacron Variant Emerged in the USA

Deltacron has received increased attention as a result of a recent “60 Minutes” broadcast, which aired a tape of CDC Director Dr. Rochelle Walensky asking about it during a staff meeting. Deltacron, a staff member responded, “out there, but we’re still in the, like, handful of cases.”

According to the research team, which included the University of Washington Medical Center and testing company Thermo Fisher Scientific, the San Mateo, California-based lab Helix, which works with the CDC to track COVID-19, sequenced 29,719 positive COVID-19 samples collected from November 22 to February 13 from across the United States.

“The fact that there is not that much of it, that even the two cases we saw were different, suggests that it’s probably not going to elevate to a variant of concern level,” told the newspaper.

Coronavirus hybrids combining genes from the delta and omicron variants, dubbed “deltacron,” have been identified in at least 17 patients in the United States and Europe, according to researchers.

What Did Experts say about Deltacron Variant?

Dr. Maria Van Kerkhove, the World Health Organization’s (WHO) COVID-19 technical lead, stated in a media briefing on Wednesday that detection of the potential variant is currently at “very low levels.”

“Unfortunately, we do expect to see recombinants because this is what viruses do, they change over time,” she noted. “We’re seeing a very intense level of circulation. We are seeing this virus infect animals, with the possibility of infecting humans again. So again, the pandemic is far from over.”

Van Kerkhove recommended a renewed focus on controlling the spread of COVID-19.

According to William Hanage, an epidemiologist at the Harvard T.H. Chan School of Public Health, Deltacron is only a variant if it causes a large number of cases.

“So no, if it’s not causing lots of cases, people don’t need to be concerned,” he said.

Dr. Etienne Simon-Loriere of the Institut Pasteur warned that several different recombinant viruses could be formed from Delta and Omicron. “The one we see in France and Denmark/Netherlands look super similar and might be the same recombinant (with the same parental viruses) that have traveled,” he said.

But, he added, the possible Delta-Omicron recombinants reported in countries including the UK and US appear to combine different pieces of their parental viruses, and therefore differ from the Deltacron seen in France.

“We might need to find a different name to indicate these recombinant, or start adding a number,” he said.

Amy Mersiovsky, Director & chair for the nursing department at Texas A&M, said “don’t panic” about the deltacron variant, according to KWTX.

Researchers can learn from deltacron’s evolution, according to Lee, to better understand how the virus evolves, including its transmissibility and severity.

Should we be worried about Deltacron?

On January 9, Krutika Kuppali, a member of the World Health Organization’s COVID-19 technical team, posted on Twitter, “#Omicron and #Delta did NOT form a super variant”.

However, with only a few cases of Deltacron identified thus far, there is insufficient data to determine the severity of the variant or how well vaccines protect against it.

We should not be worried about the rising variants of Sars-cov-2, instead, we should focus on getting fully vaccinated, and should follow other guidelines from CDC.

How Many Calories You have Burned today? – Check Here

How many Calories Do You Need to Eat Per Day? – Check Here