Covid-19 variant XE emerged in the UK. WHO reports XE, Most Transmissible. 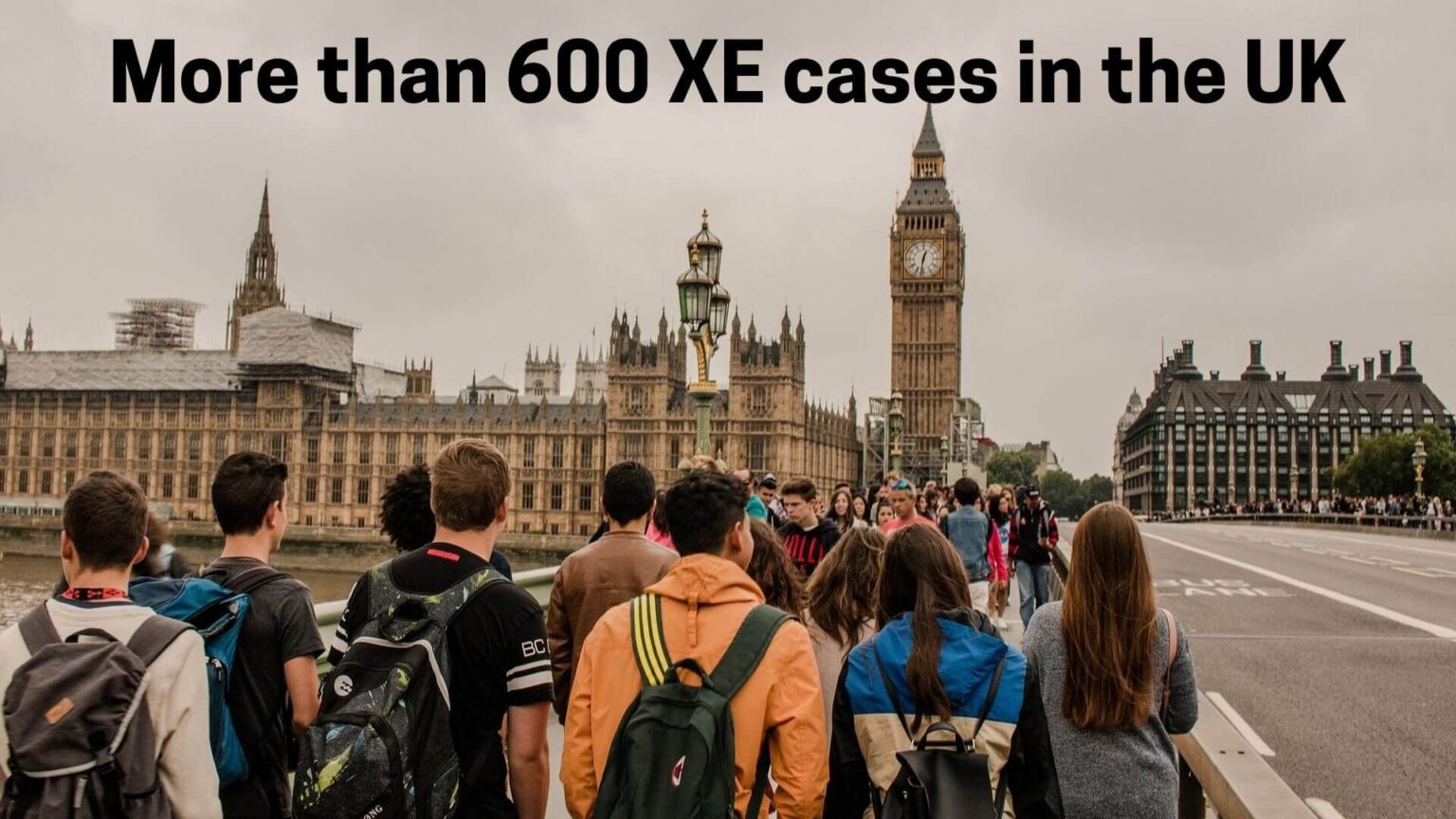 Really? Again? Yes! OMG! I am fed up with all of these variants.

Only one question, all around the world, is on everyone’s mind, When will this end?. someone, please say when this going to end?

The CDC announced this week that the BA.2 Omicron variant — which is reportedly 30% more transmissible than the original BA.1 Omicron strain has become dominant among new cases sequenced in the United States.

That is a startling increase for a variant that was less than 1% of all sequences just a few months ago. But, just as Americans are becoming aware of BA.2, a newer, a Most transmissible variant is on the rise.

Is Omicron’s variant XE taking the pandemic to the next level?

Three new variants have been assigned names. According to a recent report from the UK Health Services Agency, the two strains known as XD and XF is the combination of Delta and BA.1, or so-called “Deltacron” strains, which have been discussed for months but have made no significant strike in any country(thank god).

According to the report, XD is present in several European countries but has not been detected in the United Kingdom.

XF caused a minor cluster in the United Kingdom but has not been detected there since February 15. The variant dubbed XE appears to be of greater concern.

XE, like the other two newcomers, is a recombinant strain, which means it is made up of two previously distinct variants. However, it is not a Deltacron mix.

XE is recombinant of the original Omicron BA.1 and the newer Omicron (Son of Omicron) BA.2, which has taken over in the United States. Can We name the XE “Grandson of Omicron?”

(Please give me a break for a couple of minutes, I’ll go get some fresh air).

UKHSA Technical briefing pointed out, that XE provides evidence of community transmission within England, though it currently accounts for less than 1% of all sequenced cases.

Early growth rates for XE were not significantly different from BA.2, but using the most recent data up to March 16, 2022, XE has a 9.8 % higher growth rate than BA.2.

Because this estimate has not remained consistent as new data has been added, it cannot yet be interpreted as an estimate of the recombinant’s growth advantage. The XE recombinant could not be studied by region due to insufficient numbers.

Despite the relaxation of restrictions, a new wave of infections from the now-dominant BA.2 has not materialized. So, if the XE variant succeeds in out-competing BA.2, the trend should be similar.

What is Omicron XE Variant?

XE is a hybrid or recombinant of both Omicron subvariants BA.1 + BA.2 = XE. ( Grandson of Omicron ).

Professor Susan Hopkins, UKHSA’s Chief Medical Advisor, stated that recombinant variants are not uncommon, notably when there are multiple variants in circulation.

“This particular recombinant, XE, has shown a variable growth rate and we cannot yet confirm whether it has a true growth advantage. So far there is not enough evidence to draw conclusions about transmissibility, severity, or vaccine effectiveness.” Professor Hopkins added.

According to the WHO, the recombinant variant is 10% more transmissible than the BA.2 sub-variant of Omicron. WHO says, “Early estimates indicate a 10% advantage in community growth rate over BA.2, but this finding requires further confirmation.”

10% more transmissible is the worrying part of this XE variant.

The UK Health Security Agency (UKHSCA) stated that it was investigating XE, a “recombinant” mutation of the BA.1 and BA.2 Omicron strains. WHO's Warning on Omicron XE Variant

On April 1, the WHO released a report on its findings regarding XE. “The XE recombinant was first detected in the United Kingdom on 19 January, and over 600> sequences have been reported and confirmed since,” according to the WHO study.

“Early-day estimates indicate a community growth rate advantage of ~10% as compared to BA.2, however, this finding requires further confirmation. XE belongs to the Omicron variant until significant differences in transmission and disease characteristics, including severity, may be reported.” reads the WHO document.

WHO continues to closely monitor and assess the public health risk associated with recombinant variants, alongside other SARS-CoV-2 variants, and will provide updates as further evidence becomes available.

Further confirmation is becoming increasingly difficult, according to WHO, which expressed concern this week about what it refers to as, “the recent significant reduction in SARS-CoV-2 testing by several Member States. Data are becoming progressively less representative, less timely, and less robust. This inhibits our collective ability to track where the virus is, how it is spreading and how it is evolving: information and analyses that remain critical to effectively end the acute phase of the pandemic.”

Professor Susan Hopkins, the UKHSA’s chief medical adviser, stated that while XE demonstrated a variable growth rate, the agency could not yet confirm whether it had a true growth advantage.

According to eminent virologist Tom Peacock, recombinants containing the spike and structural proteins of a single virus (such as XE or XF) are likely to behave similarly to their parental virus.

According to experts, XD is potentially more dangerous than XE. It has emerged in Germany, the Netherlands, and Denmark. It contains Delta’s structural proteins; if any of these recombinants behaves significantly differently than its parent, it could be XD.

Covid-19 Cases trend in the UK

According to the Daily mail, Officials from the UK Health Security Agency reported another 69,811 Covid cases yesterday, a 9% decrease in a week.

The outbreak in the United Kingdom is also larger than ever, with 4.9 million people infected, up from 4.3 million last week.

Deaths, on the other hand, continued to rise, with 191 recorded yesterday, an increase of 11% from the same time last week. Another 2,509 hospitalizations for the virus were recorded on March 28, the most recent data available, representing a 12% increase in a week and the highest number since late December at the height of the Omicron wave.

According to statisticians, England’s surge is being driven by a more transmissible version of Omicron, scientifically known as BA. Ministers admit, however, that the removal of the final Covid restrictions last month fueled the fire.

Point to remember: There is no evidence that XE causes more severe disease, and Omicron variants have so far been shown to be milder.

According to experts, Sars-coV-2 Variants emerge when one dominant variant evades, It happens, we should not be worried about the emergence of new variants.

Increase your body’s ability to keep you alive and out of the hospital by getting the Covid-19 vaccine and recommended boosters, especially the first booster for older people and the second booster for those over the age of 75 or 80. However, everyone should get all three shots.

Companies such as BioNTech, which developed the world’s first widely approved Covid-19 vaccine in collaboration with Pfizer, and Moderna are now using their mRNA technology to develop an Omicron-specific vaccine that can reduce the risk for high-risk groups.

Practice a healthy lifestyle to get the confidence to fight against any variants.

Have a Healthy Day! 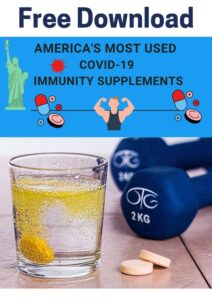 Keep your hands and surfaces hygienic with our skin-friendly sanitizing wipes!

Get the best night's sleep of your life with Puresport